The hottest ticket in town last weekend was not a Yankee game or a fancy new rooftop bar opening. Animal Haven in SoHo was hosting the event of the the spring. Lenny, the philanthropic pug, turned eight this weekend, and he had a party with all this pug friends to celebrate. 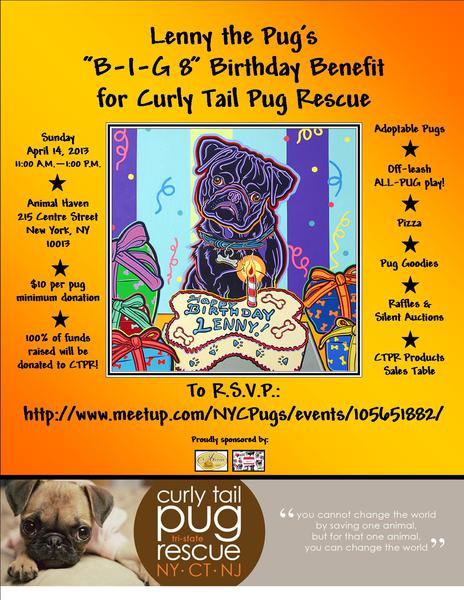 Lenny is one super cool tripod. When he was just seven months old, he darted out onto the West Side Highway in New York City, and luckily he lived to tell about it. Just with one fewer leg. But you wouldn’t know it by looking at him. He can beg with the best of them. 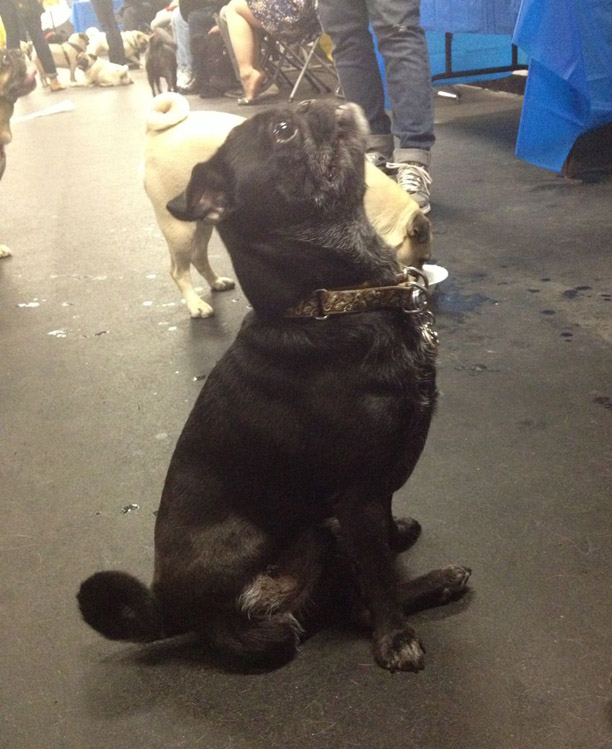 Ever since then, Lenny has been devoted to Curly Tail Pug Rescue, a pug rescue group in the tri-state area. Ever the selfless pup, he did not want gifts (although steak wouldn’t have been turned down), but only wanted donations for CTPR.

Security is super tight at an event like this. After Lenny (pulling double duty as bouncer), checked his guests in, they were free to roam. 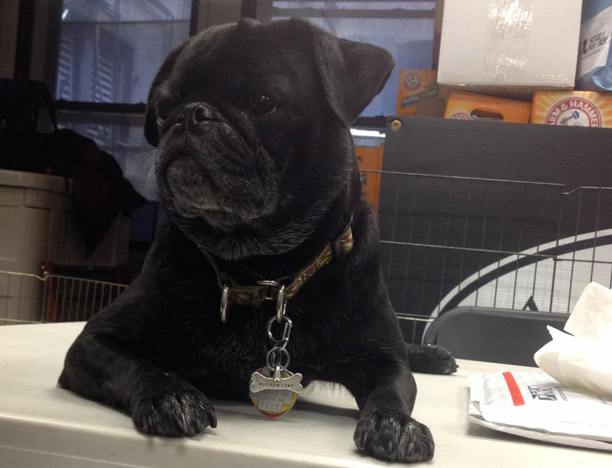 Most made a beeline to the pizza, which resulted in begging. 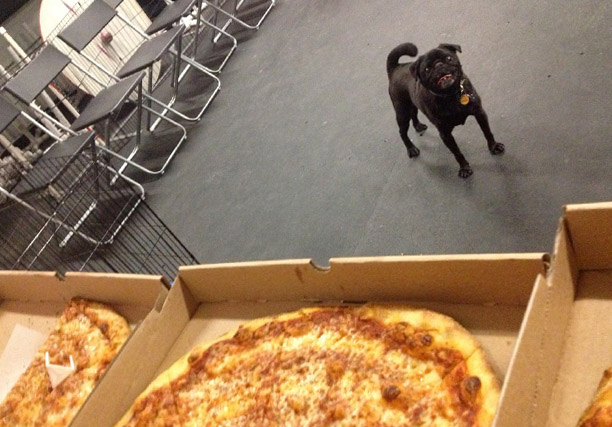 Lots and lots of begging. 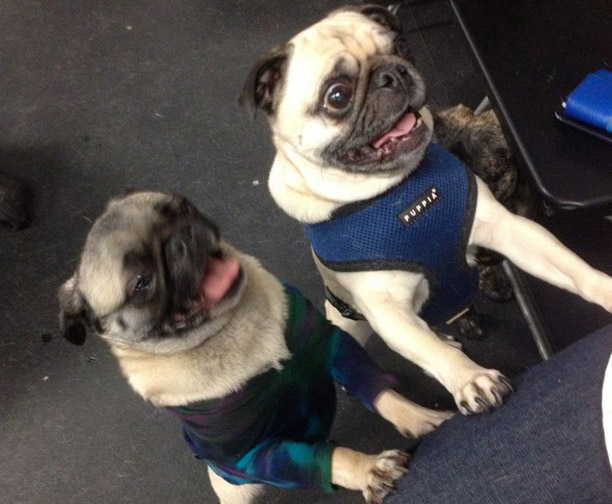 Dogs do get tired, so of course there was some downtime. 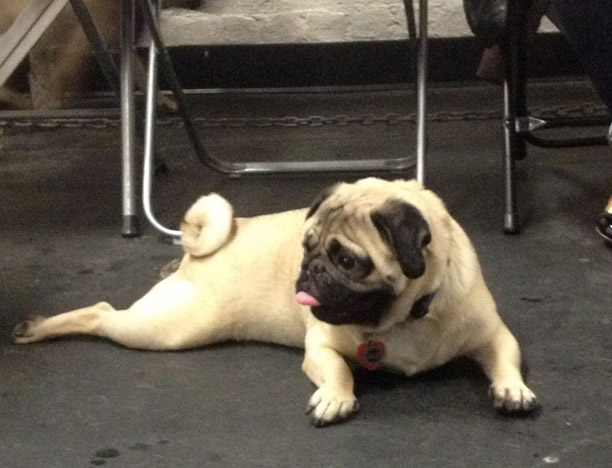 Naturally, there was your standard butt-sniffing fare. 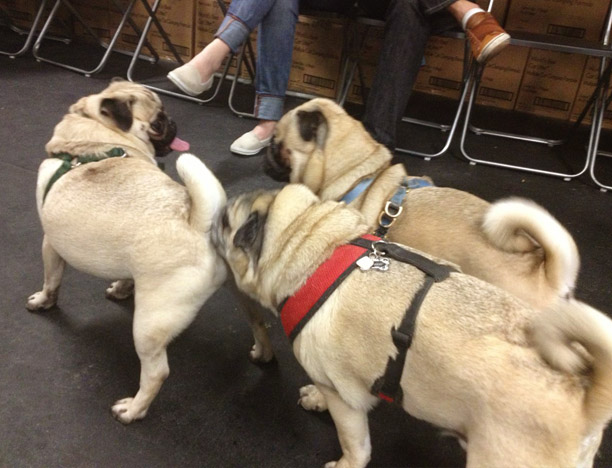 Maybe even a love connection? 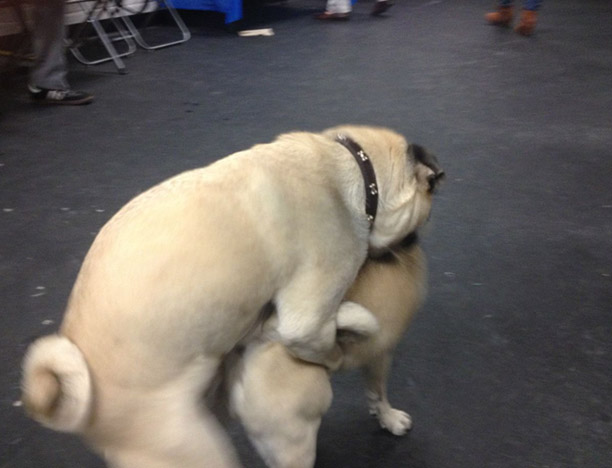 With an exclusive event like this one, the paparazzi is always lurking. 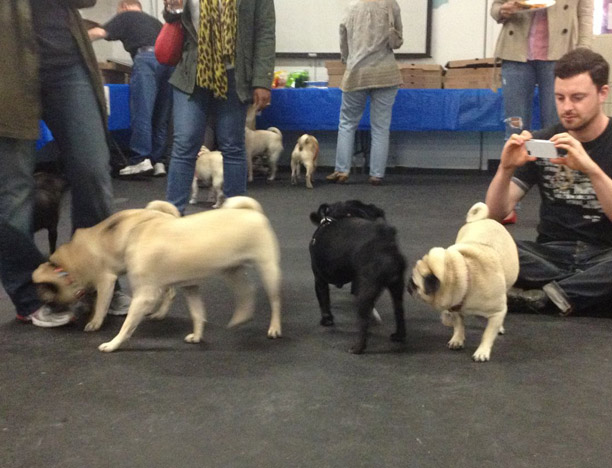 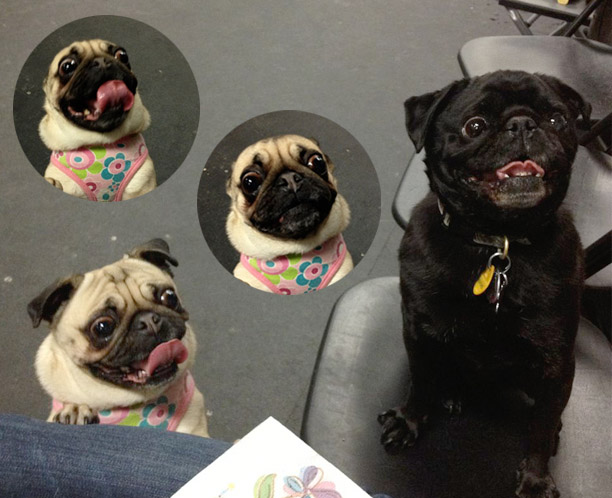 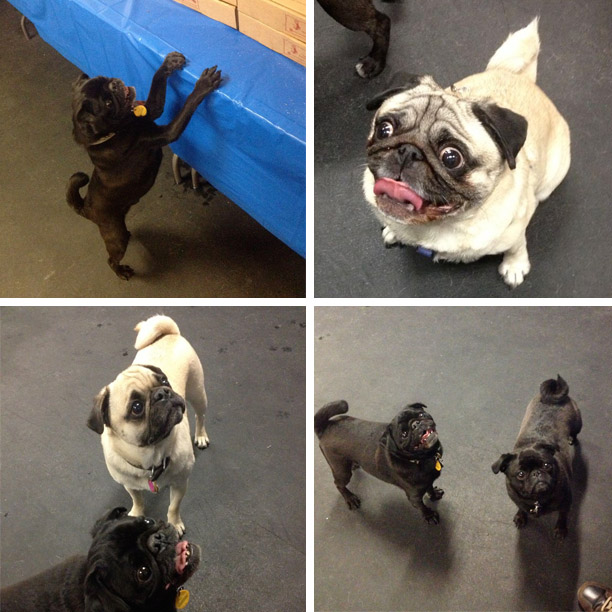 This duo called themselves the “Pug Pizza Patrol,” but they weren’t fooling anyone. 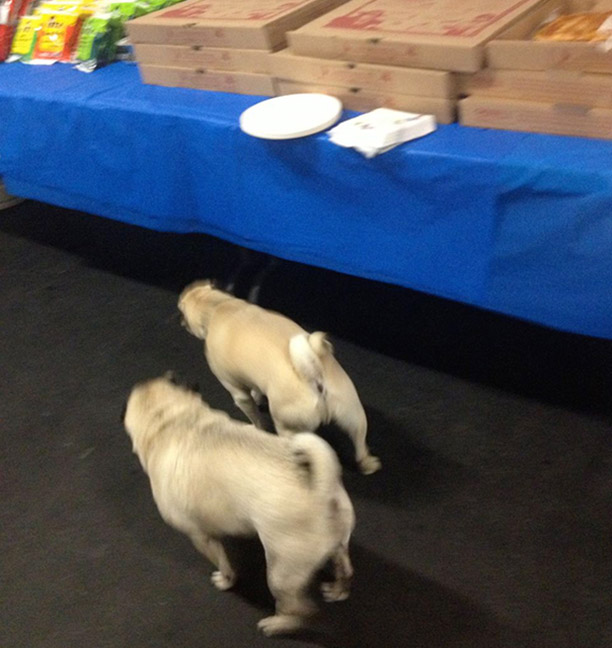 It was a packed house–people resorted to sitting in the floor. 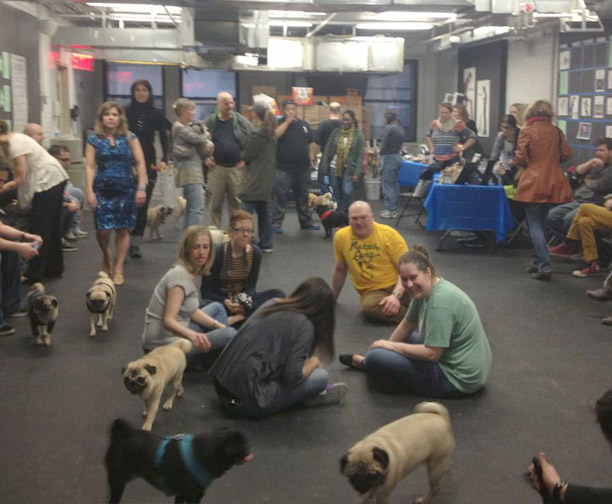 They did take time to hang with their people. 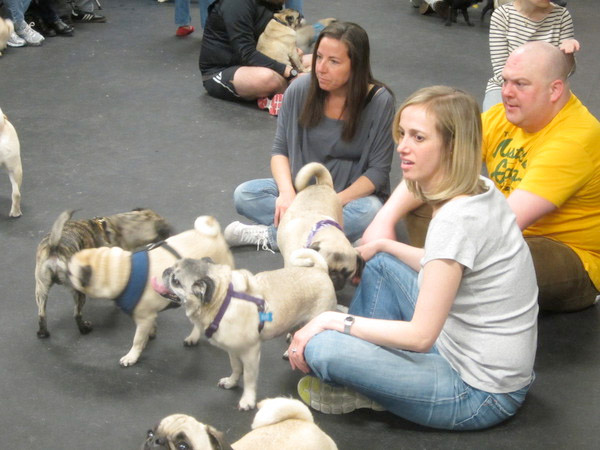 This pup is amazing. He is 18 years old! He can’t see or hear, but his owner says he is very happy. 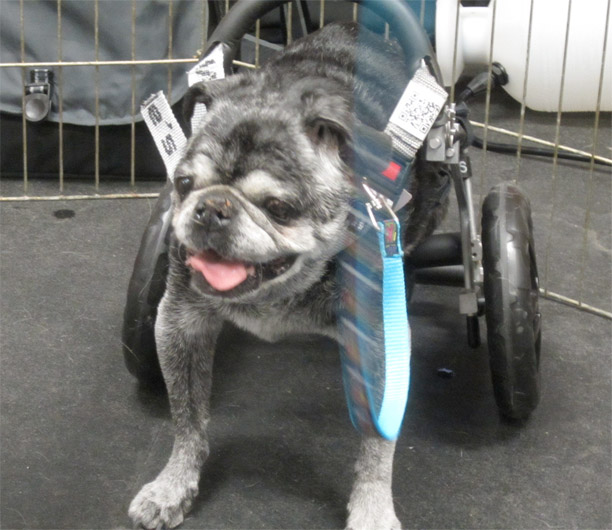 Frank has two-little white paws. And he is super cute to boot. 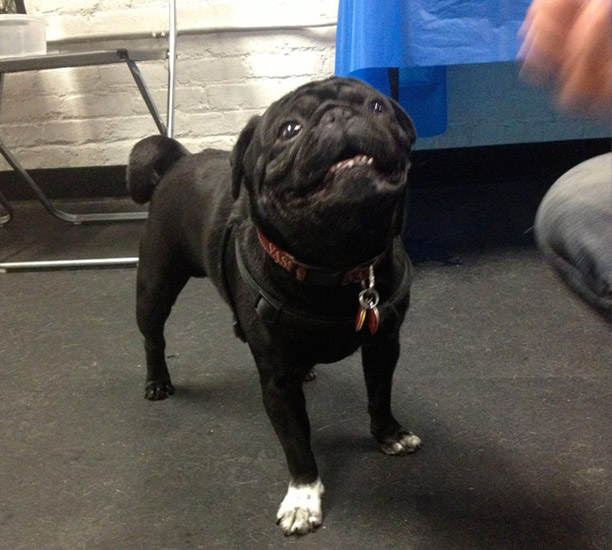 The elusive brindle pug even showed up. 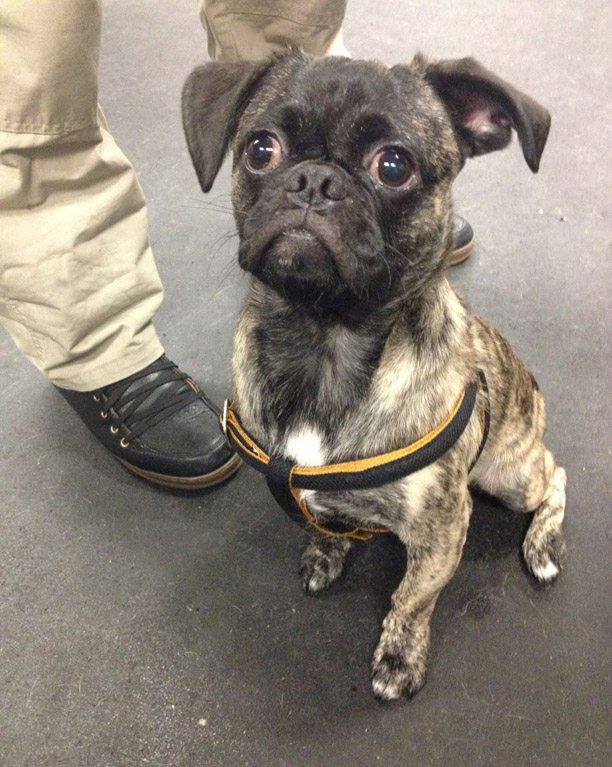 Of course it wouldn’t be a party without a little networking. Business deals were made and dinner dates were planned. 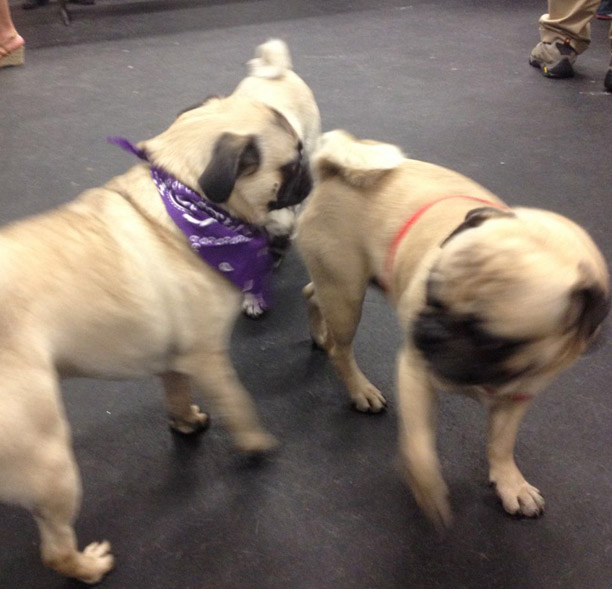 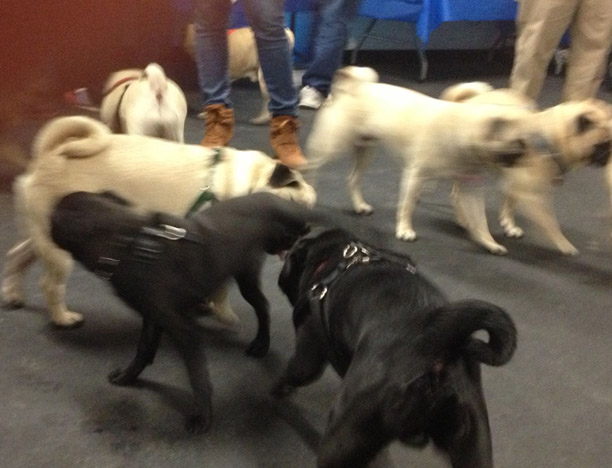 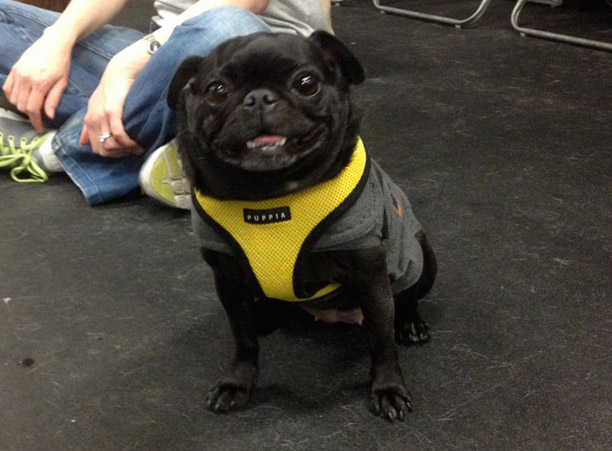 It is incredibly difficult to turn down sweet-faced Annabelle. 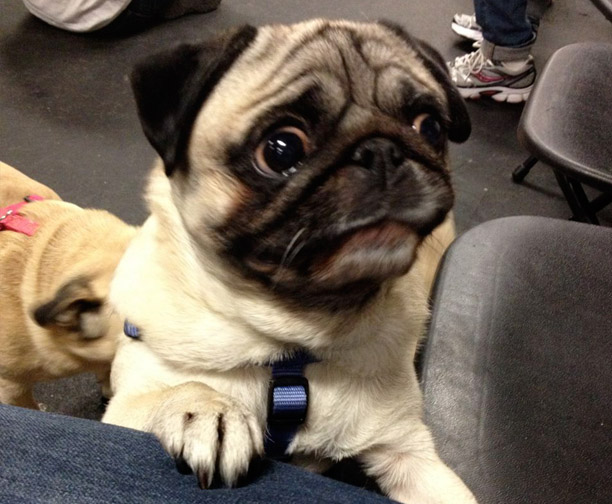 At an event of this magnitude, there is always the risk of showing up in the same outfit. These two handled it with grace. 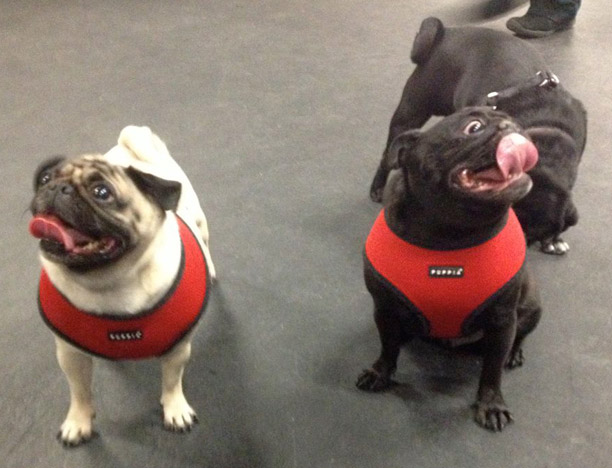 There were so many good-looking pugs at Lenny’s party. No wonder it was the place to be on Sunday afternoon. 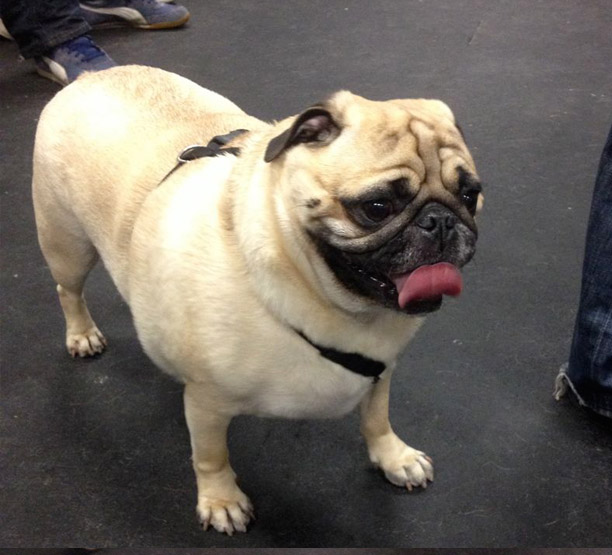 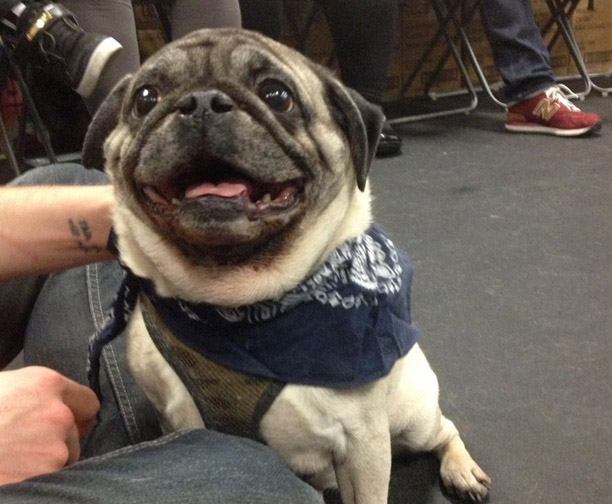 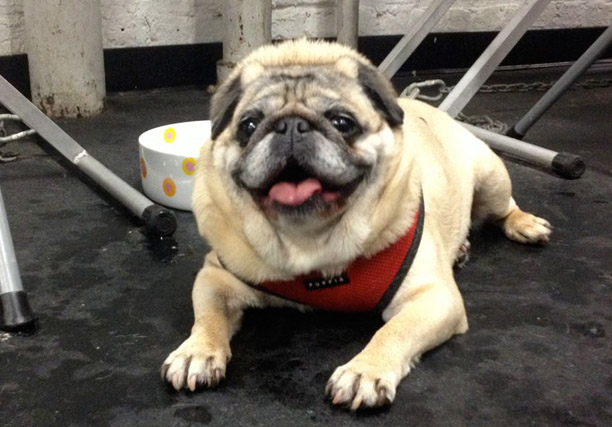 Lenny knows the importance of swag. 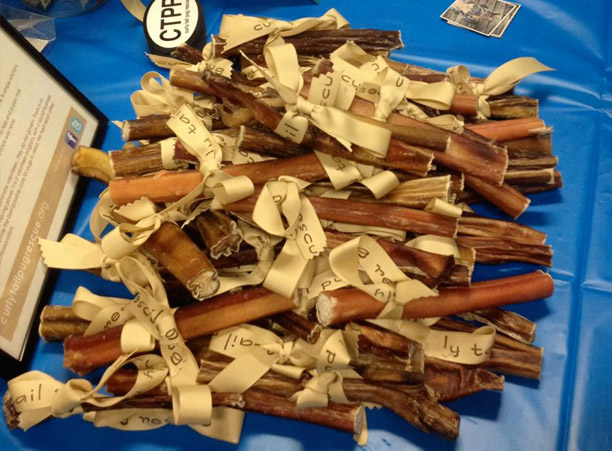 Anytime someone has to be carried out, that means the party was a success! 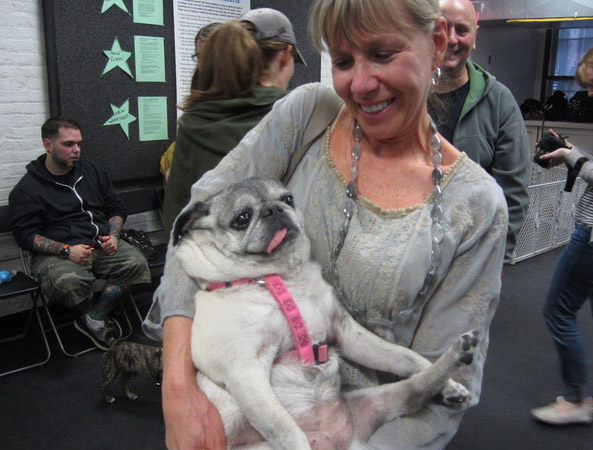 Thanks to Lenny, Curly Tail and Animal Haven for hosting such an awesome bash. If you want to attend your own dog fiesta, check out Meetup for groups of all breeds all over the country! 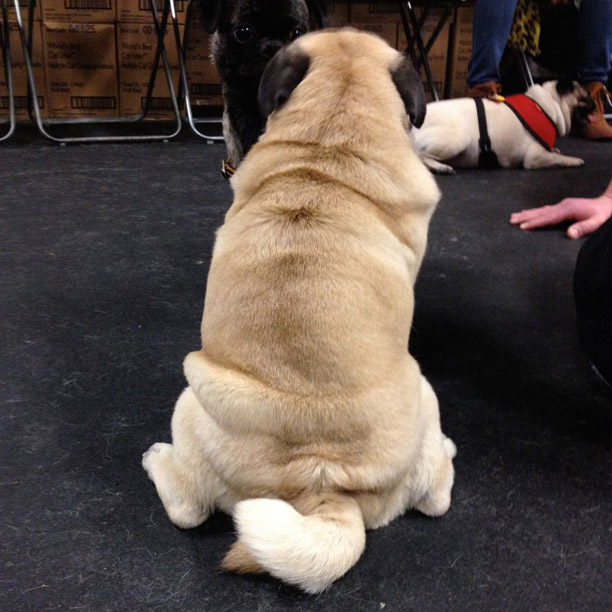 This article is by BarkPost contributor, Wendy Frink. Find her on Twitter and follow the adventures of her pup, Hamilton Pug!