Some say dog’s ability to play fetch is innate, like ability to bark or scratch own ear with foot. My name Mr. Bingley, and, as dog, I agree. But are certain rules to remember to make fetch greatest number 1 enjoyment in whole world. Here they are. 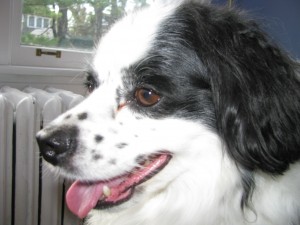 This me. Is my special author portrait, make me look intellectual yet approachable.

1) It’s important, at first, to “play it cool,” like Miles Davis, or Bono. I go fetch usually with my Pops, which is my nickname for him. When Pops comes into my PlayPlace (the floor of the kitchen), I stay lying down, and think, “Oh, so you’re coming to say hi to me; maybe you want to play fetch. That’s fine I guess.” 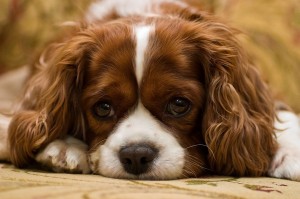 Here Mr. Rascal shows great ability to stay calm even though fetch is imminent. Is important to contain excitement with face of adorable stoicism.

2) As soon as Pops says, “Go outside?” or “Fetch,” what you must do next is jump, go crazy, run around, do two circles around the PlayPlace, plus one circle around the living room, and sprint to the door as fast as possible.

3) By the time Pops comes to the door, already it’s ten seconds later. What is he waiting for? Why is he so slow? Good time to bark, and say, “What took you so long? Maybe you are tired; we should stop by special drink shop, and buy complicated caffeine beverage.” 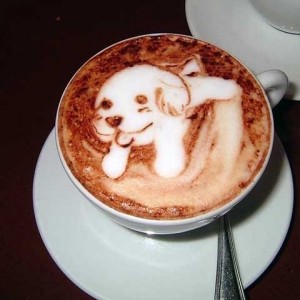 Pops likes to be reminded who’s #1.

4) Once outside, there are two options: backyard, or park. Backyard good because lots of space that is your own. Pops throws ball, I get it; there’s no interference. If you have own backyard, you must show you are king of domain by trotting around it, making sure secret animals aren’t hiding in bushes, pretending it’s their yard. 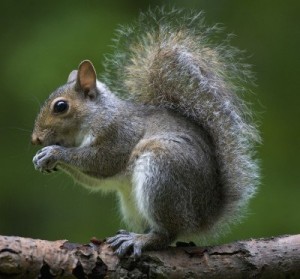 If you find one of these in yard, tell it to climb tree, find nuts when fetch is done.

5) These days, we live in an apartment, so Pops takes me to the park: The Dog Park. Is like Coachella for dogs. There you can be yourself, not worry about “society.” First rule once there is to find a spot. Pops likes spots that are in the Sun, near bench, near person he can talk to about latest Wes Anderson movie. (I saw it. I’d say B+) Where you decide to go depends on personality and space available. Make sure you can focus on ball and not get distracted by dog park personalities.

Sometimes, during impromptu fetch, Pops doesn’t have ball, so he throws stick. Stick confusing. There are many sticks on ground. Which stick am I supposed to get? I don’t know. Sometimes you just grab whatever seems right.

Ultimate stick confusion; too much spinning, not enough running.

6) Finally, Pops ready to throw the ball. Sometimes he uses magic stick thrower, which I like. Without it, Pops throws like wimp. But with magic stick? Throws like Olympic discus champion. Before ball is thrown, the rule is, you must be even with thrower; no false starts. 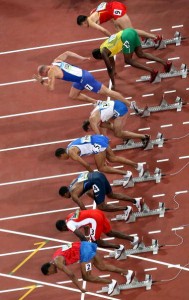 8) Reach ball, calculate where it will bounce, grab it with mouth, and sit down. Chew the ball. Do not bring it back yet. Wait. 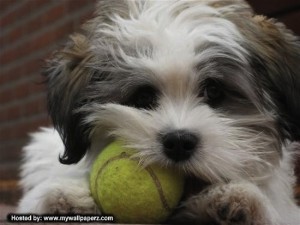 Good technique. If ball is bigger than mouth, chew on outside part.

9) After thirty seconds of chewing, Pops calls out for me to come to him. Is fine. Pops often tells me things that, why should I care? If this happens to you, relax. You just ran and caught a ball. Is time to enjoy victory. You should continue sitting, chewing. Occasionally I look up at Pops, who’s talking to another person about what kind of awesome I am.

10) Pops calls out to me again, and this time, I listen. Is good to jog back casually, like you’re running back, but only because it was your idea. Once jogged back, don’t drop the ball at first. Pretend is your ball. After all, you found it. Then give it back when you’re ready to fetch again. 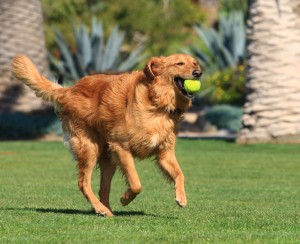 Hoola is displaying excellent jogging form. Important to play it cool. People are watching. Rabbits may also be watching.

12) When worn out, and had enough of fetch, say it’s time to go home by walking toward exit of dog park. Once home, is important to drink as much water as fast as possible. Is called re-hydration. And must be done with vigor. Then, feeling pleasantly tired, return to PlayPlace. Take nap wherever. 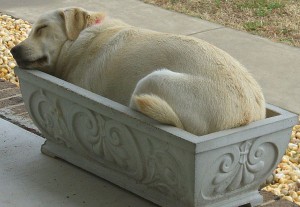 This article is by Chas Gillespie, a BarkPost contributor. See more of his writing here.